What Does This Mean? Inside the Editorial Mind 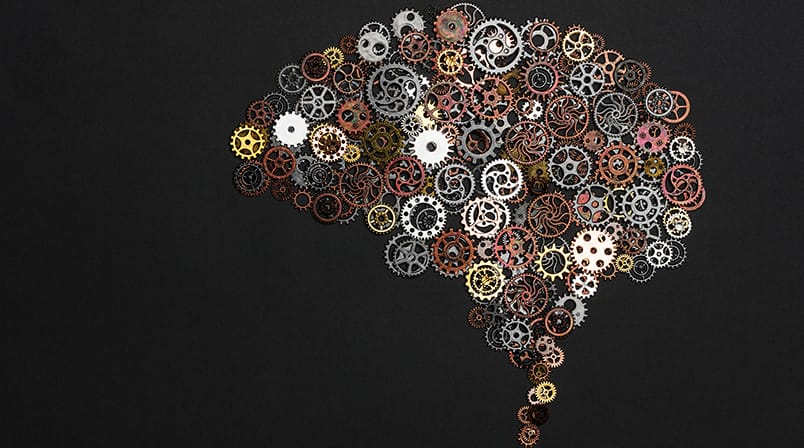 How many of you authors have already been edited? Were you surprised at how good your manuscript looked afterward? Does it remind you of what happens when you’ve finally unpacked after a move, and now the house is livable, sparkling, and the best that it can be? Did you see how the manuscript’s best qualities shone through? Maybe you even thought, Hey, this is better than I thought!

Perhaps, though, you were shocked at how many changes the editor made. Maybe you thought the manuscript was close to perfect, and so even though you contracted for a heavy edit, you thought that the manuscript would come back relatively untouched. Instead, maybe the number of changes made your hair stand on end. Maybe you thought Does this mean that I’m not a good writer? or Does this mean that the editor thinks I’m not a good writer? or What on earth possessed the editor to make that change? And if this change isn’t legit, what about the other ones?

So, when we talk about fact that an editor has made changes to your manuscript, and maybe even a lot of them, what does it mean about the strength of your manuscript and about your writing ability? And what should you do when you don’t know the reason for a revision?

Generally speaking, I am quick to tell clients when I return their manuscripts that the number of changes that I have made were typical of other manuscripts of its kind. I say that to authors a lot, because if the manuscript is in too bad of a shape, then I’ll be up front with the author ahead of time. In fact, sometimes I will tell an author that the manuscript is not ready to be edited and why.

The first thing you might check is whether the editor repeatedly corrects the same kind of mistake. For instance, you might spell a word inconsistently throughout the manuscript and the edit makes the spelling consistent. If the inconsistency occurs fifty times in the manuscript, that’s fifty changes. There might be hyphenation issues. I mean, style manuals sometimes even have a chart for how to hyphenate. I’m not making that up.[1] Sometimes, it’s just that you say In addition eight times on the same page. Or your characters always headed out to instead of went to. Or maybe it’s not necessary to tell the reader that the characters went a place.

John Otter smiled to himself, remembering that he had a date with Sydney Ocelot this evening.

ii.
They stood in line at the theater, their breath visible in the cold. “I didn’t know that this movie was so popular!” Sydney said, teeth chattering a bit. John put his arm around her to keep her warm, and she nestled closer.

A woman ahead of them turned and said, “The Pirouette of the Manatee? I liked the book better. I’m going to see Deadpool.” Shocked, John recognized this woman as his lost love, Mildred, who ghosted him last year after a three-year courtship.[2]

Maybe what I did was delete John’s preparations to go on the date, his leaving for the date, his sitting in traffic on the way to the date, all of which might have contained really good writing, but that bogged down the story. Instead, since the author divided chapters into sections, I just made the date a new section.

Sometimes, your sentences or paragraphs might be too long for readability. Sometimes, English isn’t your first language, and so the changes transform your prose into a fluent version of whatever dialect of English you’ve bargained for (American English? Canadian English? British English?).

If you see that you are making the same kinds of mistakes, you can learn from the editor’s changes and not make them again.

As for what I think of manuscripts when I have made a lot of changes? One of my clients right now needs a significant amount of editorial involvement in their work. The manuscripts are produced rapidly with quick turnaround times. What do I think? My God, this is good. And then I fix the errors.

Sometimes, I think This research is brilliant! Sometimes, I think I’m going to miss this character. And, yes, sometimes, I think The author doesn’t need all of these dialogue tags. Many times after a project, I feel like a teacher must at the end of the school year when they watch their students leave their classroom for the last time! That feeling is unrelated to the number of changes I made to a manuscript.

As a rule, I don’t explain all my changes. You have better things to do, and no other professional explains their reasoning every time they act. I do explain changes when I imagine that the client might foreseeably question the addition, deletion, or revision.

For example, when I edit dissertations in APA format, I note that many academics are afraid to use “I” or “we,” which sometimes ties the prose into knots and affects readability. So I might change it to I or we where it assists with readability, and if so, I put this in the comments:

I am often asked why APA Style prohibits the use of I or we. I love this question, because the answer is always a pleasant surprise: I or we is perfectly acceptable in APA Style! In fact, the Publication Manual actually recommends using first person, when appropriate, to avoid ambiguity.

Use the active voice to acknowledge the participation of people in research studies, which is an important part of reporting research (see Guideline 3 on p. 73 of the Publication Manual for more on this).

For the singular they, I put this:

This blog post of mine contains authorities to support the use of the singular they. This does not merely include a report of my personal opinion, but the position of APA and other authorities.

The mechanism for change in this regard is at the editorial level. Today, we recognize that not all people identify as either male or female, and the concern here with he or she or alternating he and she is in alienating readers who may not have a binarist approach to gender. We also want to avoid sexist language.

Recasting sentences to avoid the issue can be done, but it is unnecessarily ponderous given the growing acceptance by the publishing industry (including academia) of the singular they.

The format for citing an American dissertation is this:
Ocelot, J.T. (2016). Manatee dress codes in the Everglades (Doctoral dissertation). Available from Name of database. (Accession or Order No. Sit-UbU-Sit-2016).

You only include the name of the institution if it is outside the United States.

(Also, I so totally made up that dissertation.)

This is not an exhaustive list, and I do the same sort of thing if the manuscript is fiction and uses the Chicago Manual of Style.

If you have questions, there is no harm in asking for an editor’s reasoning. But as for what it means that editors made changes, and maybe even a lot of changes, to your manuscript? That is not a reason to worry about whether you have talent or if you are a good writer. Meanwhile, those changes can help you for your next project.

[1] Seriously, sometimes you have to really search for the answer. Sometimes it’s an open compound (health care system), hyphenated (health-care system), or closed compound (healthcare system) depending on who’s talking. The AMA still says health care, NBC and the U.S. government say healthcare except when they don’t, Merriam-Webster Unabridged says health care but gives healthcare as an acceptable alternative. And if it’s health care, M-W observes that whether it’s health-care system or health care system is a style choice. Your style manual, on the other hand, may have rules about this sort of thing. And so it, and the way to treat compounds in general, could be a rule or it could be a style choice.