Dental Cleaning at the Galactic Rim 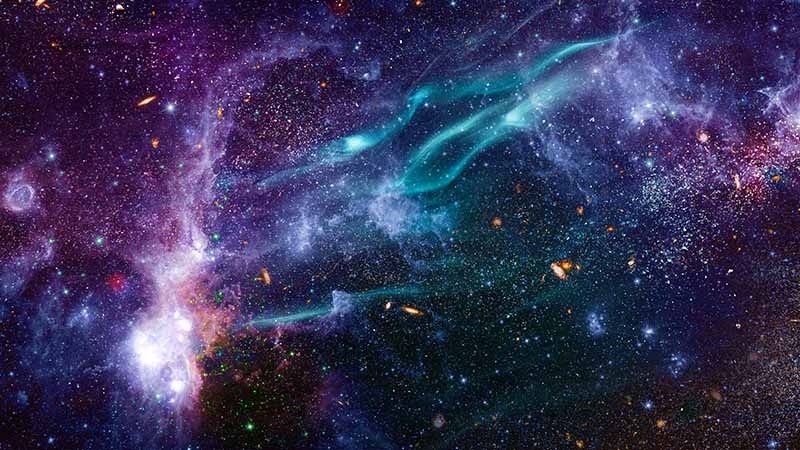 I had a conversation recently with an author about realism and genre. Their book was a police procedural, so there was a murder and detectives and even a search warrant, but it also took place on another planet. The author wanted to know why they should care about realism, or indeed any rules at all, when the book was set on an exoplanet and had aliens in it.

I’ll tell you all the same thing that I told them: If your book is set on another planet, in the future, with or without aliens, or across the street during the Zombie Apocalypse, the book still needs to have a consistent set of internal rules and as few factual errors as possible. I’d argue that you have even less leeway than if the book has a conventional setting with people who only talk when they’re alive.

You can certainly have a parallel universe where someone saves Abraham Lincoln in the nick of time. But you can’t say that Abraham Lincoln in this universe was a confederate general or that John Wilkes Booth used an AR-15. Similarly, if you say that the Titanic was sunk by a U-Boat or that an eyewitness to the assassination of JFK texted his sister to say he was okay, you have to either explain the anachronisms and factual errors or you have to correct them.

Similarly, Captain Kirk was born and raised in Iowa. On, uh, March 22, 2233. But even in a fictional universe, his universe, where starships can travel light-years and light-years in a matter of days, and he can beam down to the surface of another planet, meet humanoid aliens, and communicate with them using a universal translator, Iowa was not on a coast.

It’s true that Bugs Bunny can reach offscreen and come back with an object the size of a gigantic mallet and that Wile E. Coyote can run off a cliff and hang in midair until he realizes where he is and falls hundreds of feet. It’s also true that he can fall a hundred feet, be flattened into an accordion shape, and walk away, only to look just fine in the next scene.

These are timeless characters. Bugs Bunny is, yes, a rabbit that walks upright, wears clothes, has thumbs, and speaks English. And Wile E. Coyote walks upright and can survive being blown up by dynamite in a shack that has been hit by a speeding train. So it seems silly on its face to talk about realism, internal consistency, and rules in a Looney Tunes universe. But there is internal consistency within each episode and, indeed, even within the Looney Tunes universe, itself. Trains go through tunnels, even if the tunnels were brought into being because Wile E. Coyote painted them, roadrunners can’t fly, and gravity still works, even though it tends to show up late. Characters get frustrated when we would get frustrated and get angry when we would get angry.

Let’s turn our attention back to fiction. Consider the ultimate canonical literary fiction: Vikram Seth’s A Suitable Boy and Leo Tolstoy’s Anna Karenina. These books are entrenched enough in their respective times and places that the characters even discuss politics and social change. Seth’s book takes place at the birth of independent India in 1951 and Anna Karenina takes place in 1870s Russia, when Tsar Alexander II had instituted reforms that caused social upheaval. Consequently, there is a lot to talk about.

Both books address contemporary legislative reforms and I think Seth’s book actually contains speeches by legislators. These books are meant to depict real life in those times. So Tolstoy couldn’t let Kitty vote and Lata couldn’t Google Kabir Durrani. No teenager in Lata Mehra’s India says “Whatever,” even though Seth sets the story in the fictional town of Brahmpur. Nor would Kitty be allowed a solitary midnight walk with Vronsky. Anna Karenina can’t beam to the surface of Mars, because she is an aristocrat confined to nineteenth-century Russia.

On the other hand, let’s look at a short story in Samuel R. Delany’s collection, Aye and Gomorrah—called “The Star Pit.” In “The Star Pit,” there is a subset of human being who can travel twenty thousand light-years off the galactic rim without going insane and who won’t die at twenty-five-thousand like the rest of us would.[1] They are called golden. That’s a noun, not an adjective. “The particular psychosis and endocrine setup were remarkably specialized.”[2] So in the universe of “The Star Pit,” there is even a physiological basis to explain why a golden can get there and we couldn’t.

In our universe, even if we could produce a starship that could travel at the speed of light, it would take twenty-five thousand years to get to that fatal point off the galactic rim in the first place. And the galactic rim itself? Earth is about 26,092 light-years away from the edge of the Milky Way galaxy. In other words, today it’s impossible to get there. And there is no science we know of today that allows anyone to go 25,000 light-years in one human lifetime.

But in that protagonist’s universe, people who have to get something from someone and carry it over to another someone just in time still can’t run there and back in less than ten minutes because it’s too far [3], and there is no teleporting in this book. Anyway, in the universe of “The Star Pit,” people still get angry at their lovers for abandoning them, and little children still need supervision, even on faraway planets.

So what could I do for that author, who has this magnificent police procedural set on an exoplanet with three moons and a next-door planet with methane oceans? This:

Notice that these are consistent requirements across genre.

A skilled writer can deviate from the way things are and convince the reader to suspend disbelief. That reader can become enmeshed in that universe as if it were their own. That can be true whether the story takes place just outside our door or in another place, another time, another planet, in a different year. But that story still has to follow consistent rules and have a baseline of accuracy or it fails. And an editor can catch your story before it falls.
_______
[1] Of course, there is no evidence of how a person would react at any distance from the galactic rim because we have never been there, and so this very “fact” is also part of the fictional universe in that story.

[3] I’m trying not to inflict a spoiler on you, because these stories are masterpieces, which is why I’m being vague, here.

← Previous: True Facts about the Space Tarsier Next: How Much? →