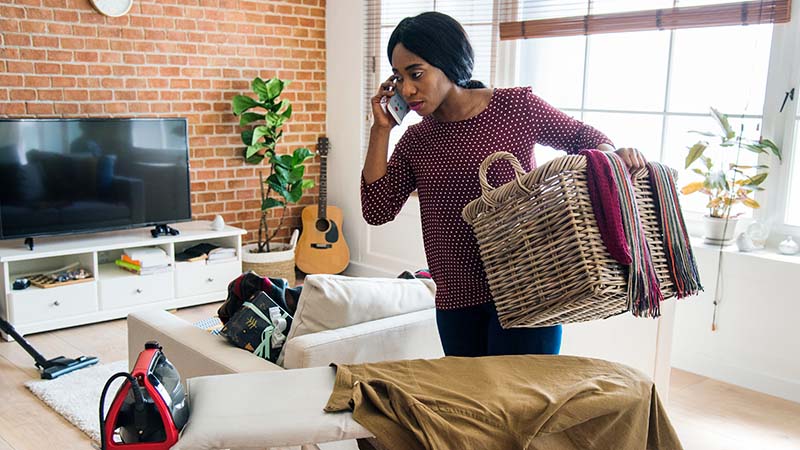 Over the past day or two, there has been a discussion on an editors’ forum about balancing work, life, and housework. Most of the editors participating in the conversation are freelancers. It’s fair to say that this issue plagues everyone, but I think it hits us freelancers differently.

While it is true that freelancers have shorter commutes,[1] the time saved in commuting is used up in tasks that, in an office, are managed by other employees. For instance, what does an office worker do when the office computer has malware on it? Who does the bookkeeping? Who does the floors and vacuums the carpet? Who replaces the toilet paper and paper towels in the office bathroom? And, speaking of which, who cleans the office bathroom?

Meanwhile, people are inclined to think that if you don’t leave the house, you must not really be working. This is true even if the family members are actually physically sitting in the room with the freelancer while the freelancer is in the act of working.

So, for freelancers, the issue of housework gets complicated by the assumption that if you’re home, you’re not really working, or that it’s nothing for you to do all the housework because it’s all just right there where you’re at. And so are you! How convenient! And while those of us who are single parents don’t have people making those assumptions, we have no one to divide the load with, either.

Coincidentally, the issue came to a head for me earlier this month. I was working on a rush job for a client. I’d been nonstop busy for three weeks with work, family visiting from both coasts, and meetings. My son was doing homework, and he took a break to bake some amazing pizza dough from scratch. There was flour everywhere. Just everywhere. And I looked up from my laptop at the house and my heart sank. Because for us to put the house back into shape, both of us would have had to give up some things we’d really been looking forward to doing. And something had to give.

Up until this year, I used to pay a maid service to deep clean twice a year. And then I told myself, “Money doesn’t grow on trees, Karin, so don’t be lazy and stupid.”[2] And that’s when it hit me: I can spend my time doing housecleaning at my hourly rate, or I can pay a professional maid service $25 an hour to do it for me. And while they are cleaning, I can be working, parenting, going to business meetings, participating in civic affairs, or playing. The maid service does a better job than I would, and I am certain that the maid service took 10.5 person-hours to deep clean my house because they are a million times more efficient than I am.

Part of running a business, and a house, is acknowledging what can and can’t be done. Because even if you have the know-how, it doesn’t mean that you have the time. Informing my decision to have the cleaning service was acknowledging that I have the skills to do everything but be two places at once. And that there is no virtue in burnout. I’ll probably bring them back once or twice a month instead of waiting a whole year, this time.

How do you handle this issue for you and your business?

← Previous: Research and Novel-Writing Next: In Defense of Science in the Badlands →