In Defense of Science in the Badlands 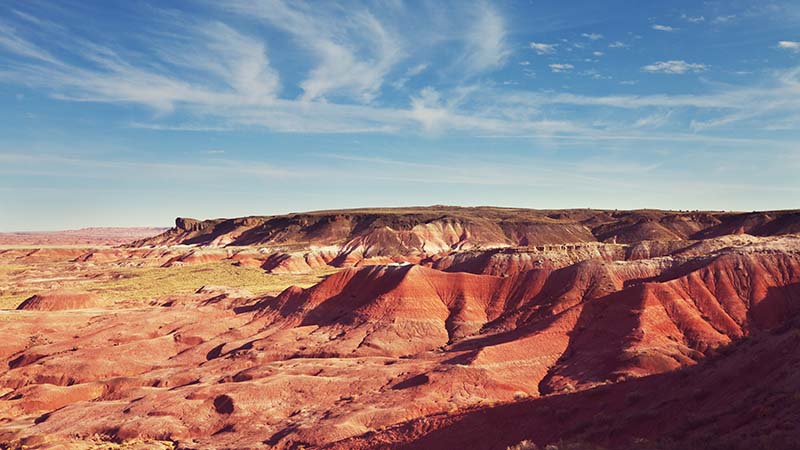 I am taking a risk by saying this: Science, medicine, and education are essential elements of a civilized society and the free exchange of ideas is an essential element of democracy. Trump is preventing government scientists from sharing information with the public. Brave scientists at Badlands National Park began tweeting climate science facts anyway. Trump had those tweets deleted, so those scientists opened a rogue account, @BadHombreNPS. Following suit, employees of all agencies involved in scientific and medical research have formed rogue Twitter accounts and are making that science available through those accounts. If those employees get caught, then, at the very least, they will be fired.

I think the unprecedented response of scientific agencies that have flourished under every other presidency before this one speaks to the nonpartisan nature of this protest.

They are putting their careers and livelihoods at risk for our benefit. Many citizens agree. The Sierra Club just announced a major “People’s Climate March” on April 29th in Washington, D.C. and across the country.

To you guys running the following accounts, thank you! Please let me know if I need to add any more accounts. Also, if you want to guest post on my blog, please let me know.

UPDATE: So far, the following are consistently disseminating science:

@altUSEPA (altEPA) reports that the they have no federal workers for account management and that the rogue National Park Service account has turned it over to “individuals outside federal employment for the sake of their colleagues.”

Many of the others have been tweeting memes—sometimes exclusively. The rogue Department of the Interior account tweeted to me that their mission is “minor decorating upgrades and help choose centerpieces for events.” Since these agencies do work that directly and immediately affects public safety, this sort of thing is a tad unhelpful.

If you have no new data to share, perhaps it might be helpful to tweet about the mission of your respective agencies, the scientific method, and about how science is created. For instance, you could talk about the double-blind controlled study, or the peer-review process, or the difference between a theory (gravity) and hypothesis. You probably take for granted that the public knows about these things. But they don’t, and people fear and mistrust what they don’t understand.

Also, NASA, please explain to the moon-landing-hoax conspiracists why it is that you can’t see the stars in pictures of the planets and the moon?

It’s only a matter of time until those who oppose scientific research and the mission of these agencies begin to create dummy accounts in order to tweet Conway-oid alternative facts. I would request that those of you in the scientific community please alert me to these, and I will keep a tally of them in another blog post.

A caveat. This country has become so polarized that people on the Left, Center, and Right frequently can’t discuss policy with each other for the purpose of solving problems. Too often, instead, they accuse each other of running to do evil. But reasonable people may have had a fair basis for voting for any candidate, even if rational people might disagree with each other. And there are people who voted for any one of those candidates who are complete brutes.

Conventional wisdom holds that business owners should never divulge their political beliefs because customers who disagree with them won’t hire them. On the other hand, I have worked for many clients whose beliefs I don’t share, because editors are like lawyers. We represent our clients as zealously as we can because that’s what we’re hired to do. I have family, dear friends, clients, and colleagues who voted for any one of the presidential candidates, and some who declined to vote, and we have refused to let our differing political opinions spoil our relationships.

To the extent that new information has the ability to change someone’s position, insulting each other doesn’t convince. No one wants to admit they were mistaken to someone who hates them.