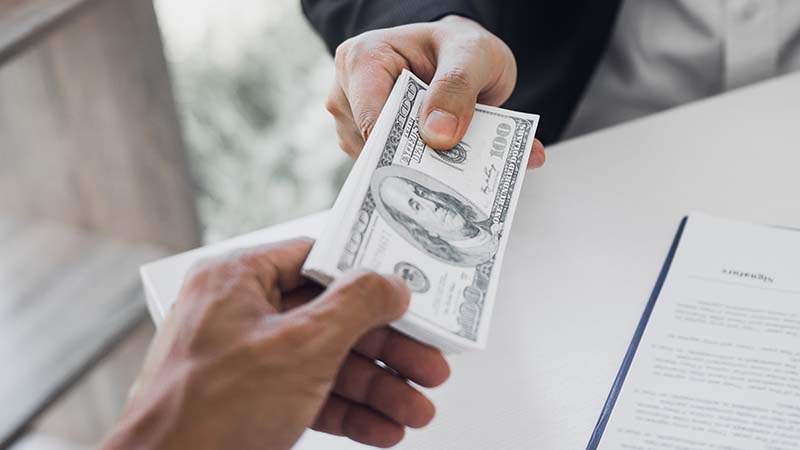 Sometimes authors approach editors and ask how much it will cost to edit a manuscript sight unseen. Authors may even tell editors in the same query that they have a specific deadline in mind.

Experienced editors are highly unlikely to agree to this. But why not? Don’t we just have an hourly rate and can’t we just tell them what it is? So in exchange for a word count, why can’t we just give them a project fee and a completion date, already?

We can’t because it’s impossible. It’s like asking your doctor how much it will cost to treat your headache. Are you just hungry or is there a brain tumor?

We can’t see the word count or what it looks like in light of what you want us to do for you. Those things make a big difference in terms of time, expertise, and skill level. Professional editing is not cheap, so the difference can be significant both for cost and for deadlines. And, about that length estimate…Word gives a word count in the lower left corner of the bottom tool bar, and we need to see that for ourselves.

I’m going to demonstrate what I mean with some actual manuscripts. Consider the following recent example:

This speech is going to go down in history, no matter what you think of Senator Flake or what he said on the Senate floor on October 24, 2017. And not just because a legislator spoke up against a sitting president in his own party, but because of the quality and power of his writing.

If I were going to edit that for grammar, mechanics, spelling, and punctuation, I would have little to do, but the writing is complex, so it would still be time-consuming. There are a lot of long sentences, but because of the rhythm, the text is easy to follow. So I wouldn’t shorten those sentences. But we have all been reading away at an otherwise clear manuscript and found a bad typo, an unintentional double entendre, potential defamation, or pubic for public. Let alone the occasional problem with subject-verb agreement, which exists in the sample paragraph. So we have to read closely enough to catch those things. If I were editing something like that for tone, it would take even longer.

So even if the argument is, “The manuscript is nearly pristine,” the reply is, “Well, probably, but I’d have to read it to be sure.”

a woman has above40 years old take propranolol 40 mg she did stenosis before due to clotting so did propranolol cause cardiomegaly?[2]

To be fair, this is from a website written by medical professionals for medical professionals, and the writing style is more medical chart than manuscript. But it is possible to get whole journal articles that are written like this. The author can do the most brilliant research, but English may be their second language, and their English might not be much better than my French.

Those of us who have edited manuscripts like that one know that it can take an hour to edit one or two pages.

But you can have excellent spelling, grammar, usage, and mechanics and still have a manuscript that needs a lot of help. To understand how, let’s first look at a manuscript that gets it right. Here is an excerpt of Anna Karenina, in which Anna, the main character, has snuck into her estranged husband’s house to see her little boy, whom she hasn’t seen for what appears to be at least a year. He’s been told she’s dead and she’s been kept away from him by her husband, and she sneaks into his room before breakfast:

He raised himself again on his elbow, moved his tousled head from side to side as if seeking for something, and opened his eyes. Silently and questioningly he gazed for a few moments at his mother, who stood motionless before him; then suddenly smiling blissfully, he closed his heavy eyelids and fell once more, not backwards, but forwards into her arms.

‘Serezha, my dear little boy!’ she uttered, catching her breath and embracing his plump little body.

‘Mama!’ he muttered, wriggling about in her arms so as to touch them with different parts of his body.

Sleepily smiling with closed eyes, he moved his plump hands from the back of his bed to her shoulders, leaning against her and enveloping her in that sweet scent of sleepiness and warmth which only children possess, and began rubbing himself against her neck and shoulder.

While saying this he was again falling asleep.

Anna watched him with greedy eyes. She noticed how he had grown and changed during her absence. She recognized and yet did not quite recognize his bare legs, now so big, which he had freed from the blanket, and his cheeks, now grown thinner, and the short locks of hair at the back of his head, where she had so often kissed him. She touched it all, and could not speak: tears were choking her.

‘I won’t cry . . . I am crying for joy! It is so long since I saw you. I won’t, I won’t,’ she said, swallowing her tears and turning away. ‘But it’s time for you to get dressed,’ she said after a pause when she had recovered; and without releasing his hands she sat down by his bed on a chair on which his clothes were lying ready.

‘How do you dress without me? How do you . . .’ She tried to speak simply and cheerfully, but could not, and turned away again.[3]

This scene is one of the most powerful in literature. It’s about the love between a mother and a child, and often such depictions are maudlin or mawkish. Sometimes there are rhapsodies and monologues. There is bloated language and melodrama.

In contrast, Tolstoy shows but does not tell. He uses details that are familiar in order to make the events true in our minds. Serezha says he’s getting up directly and then falls back to sleep. All of our children have done that. Anna is affected by how Serezha can now dress himself. We are struck by our own children’s milestones and may have mixed feelings about them. Anna’s grief about this outweighs her pride and we understand why. There is the familiar physicality of the affection between a mother and her young child. Serezha wriggles into his mother’s arms and takes delight in touching her. That’s what children do. Then there is the sorrow and dread the reader shares with Anna knowing what the boy does not: This visit is unlikely to be repeated.

There are a million ways that Tolstoy could have gotten that wrong.

On the other hand, here is a scene from Atlanta Nights, which is a novel by the fake author Travis Tea. This book was written by a group of published writers who were out to prove that a particular publishing house had no standards. So they set out with a will to write an intentionally terrible book, to submit it to that publisher, and watch them accept it. And they succeeded at all of those things. Keep in mind that the authors asked the publishers to take this book seriously, not as a parody:

Richard didn’t have as sweet a personality as Andrew but then few men did but he was very well-built. He had the shoulders of a water buffalo and the waist of a ferret. He was reddened by his many sporting activities which he managed to keep up within addition to his busy job as a stock broker, and that reminded Irene of safari hunters and virile construction workers which contracted quite sexily to his suit-and-tie demeanor. Irene was considering coming onto him but he was older than Henry was when he died even though he hadn’t died of natural causes but he was dead and Richard would die too someday. . . .[4]

Ye Gods! Where do I start?

It won’t take me that long to edit that for spelling, punctuation, grammar, mechanics, or usage. But that would be like pulling out a splinter from the heel of a patient who’s got a sucking chest wound and an exposed brain. That book needs a lot of high-level editorial involvement. Mind you, they’ve also intentionally written inconsistencies in plot and characterization.

It’s possible for every book, no matter how well written, to have bad sentences, inconsistency in characterization (eye color, height, spelling of name), or timeline problems (Mildred was a two-year-old when the book started and, five years later she’s driving.). The purpose of an editor is to find those things and flag or fix them.

If there are changes in reading level or problems with tone (what I like to call the fuck you Your Honor problem), that affects costs, if you want us to fix them.[5] How many words long is the manuscript? What is your deadline? If the turnover time is rapid, there may be a rush fee. Are there references? If so, are they in the right format? Do you need fact-checking? Are there a lot of errors or just a few? Generally speaking, the more involvement that you want us to have with your manuscript, the longer it is, the more problems it has, and the faster you need it, the more costly it will be.

Giving an estimate without seeing the manuscript has the potential to cheat us both. If you want a fair estimate, it has to start with the manuscript.

[2] gifthebita, pharmacist. Figure1 is an app on iPhone and Google, and only medical professionals are allowed to comment, which is a thing of beauty and a joy forever, because there seems to be a total absence of woo. The images, by the way, are hardcore https://app.figure1.com/rd/image?imageid=59ec51d54ce5227502b9031a.

[5] If you just want us to make sure that Your Honor is capitalized, as it should be, and sir is not, as it shouldn’t be, then you will be held in contempt with a cleaner manuscript.

← Previous: Dental Cleaning at the Galactic Rim Next: The Cahoon Chronicles: Memoir and Story →