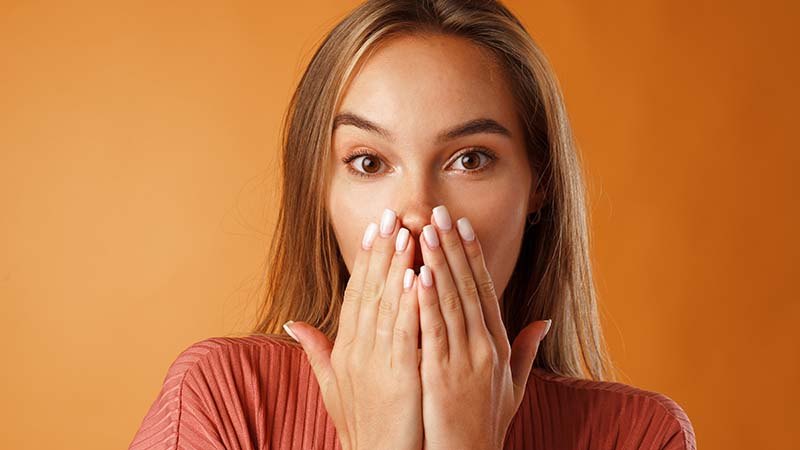 Polite society has a lot to tell women about what we should say and how we should say it. Polite society is where people don’t respond to a woman’s “wrong” statements with threats of, you know, rape or murder. It can still be personally and professionally oppressive. A woman who communicates appropriate content in the wrong way risks being called anything between unprofessional, bitchy, and crazy in the same context in which a man will be called tough, strong, and direct. Of course, to make people really mad, be a woman and say no, both at the same time. But I’m talking about swearing today.

If a woman wants to swear, she should just do it. If someone does not identify as male or female, come on into the tent. But to hell with a segregated lexicon.

If we want to have an effective say, we women are expected to achieve that perfect balance between not sounding like a man and not sounding like a woman. And on that impossible day, our listeners will respond to our cogent arguments with legitimate debate and not “She sure is passionate about this subject.” Or, “Don’t be hysterical!” Or, “The senator sure needs to fix up her hair.”

And so there is this embarrassing proliferation of articles that purport to help us women get the light switch to that halfway point between on and off. While they purport to help us win friends and influence people, they really have no substance. It’s just a fancier way to tell us to shut up.

For example, here’s this one: Women shouldn’t say just.

I am all about respectful communication. Yet I began to notice that “just” wasn’t about being polite: it was a subtle message of subordination, of deference. Sometimes it was self-effacing. Sometimes even duplicitous. As I started really listening, I realized that striking it from a phrase almost always clarified and strengthened the message.[1]

No one writes articles telling men how they’re damaging their career prospects by using the wrong words.[2]

It’s not a huge deal, is it? But language shapes consciousness, and if women are the only ones softening their language or self sabotaging their own credibility—even inadvertently, only to be “nice”—it’s still reinforcing that it’s a woman trait to be nice.[3]

What about strong language? Conventional wisdom holds that women aren’t supposed to curse, even in situations where it’s fine for men to do so. I mean, people haven’t even decided whether we should say just, let alone drop the f-bomb. Here’s an article in the Telegraph from November 2014:

Only months ago, the gloriously outspoken actress Helen Mirren caused a stir by having the temerity to celebrate her age (68) as being “f[ucking] awesome” at Glamour’s Women of the Year Awards. Daily Mail columnist Quentin Letts was outraged at the Dame “blurt[ing] out filth like an uneducated trollop.”

Yet when Bill Nighy effed and blinded his way through the press circus for his 2013 film, About Time, Esquire magazine were so taken with it that they inserted his advice on how to curse into the opening paragraph of their interview.[4]

Here’s another one, this one from CNN: “We always take notice of what’s unexpected and women are still not expected to curse, so when they do, it’s noticed more.”[5] Actually, it’s noticed more when women speak with authority at all, let alone by using strong language.

What’s so great about using strong language? Well, lots of things, apparently. Enough that we women don’t need to go around being distracted by the word just. To begin with, this BBC article :

The f-word turns out to be one of the ingredients in the magic formula sought by scientists studying how to automatically rank the credibility of individual messages. At times of stressful events, such as a plane crash or natural disaster, swear words tend to suggest a message comes from someone in the middle of it all.[6]

This makes sense. Historically, excited utterances have been given so much credence that courts have made them exceptions to the hearsay rule. A 2017 study forthcoming in Journal of Psychological and Personality Science supports the wisdom of that. “The consistent findings across the studies suggest that the positive relation between profanity and honesty is robust,” Gilad Feldman from the Department of Work and Psychology in Maastricht University.[7]

And swearing literally makes us feel better. Back in 2009, Scientific American had an article about cursing and pain relief: “For the first time, psychologists have found that swearing may serve an important function in relieving pain.”[8] In response to the Scientific American article, the MythBusters did an experiment, and they, too, found that swearing increases pain tolerance.

Pained participants’ time trials showed that spewing expletives indeed increases suffering stamina by an average of 30 percent. But though the confirmed myth — and a catalog of curse words — might help people bear pain better, folks should take care not to offend anyone’s ears in the process.[9]

Why am I talking about the words fuck and just? Because it’s about discursive control. While we’re standing there trying to figure out what we have the right to say and the right way to say it, the conversation is sailing along without us.

We can debate all day and all night if and when it’s okay to use strong language, but it’s clear that in specific situations, strong language confers credibility and authority. It also makes things hurt less.

How, though? By cursing at people? No, of course not. I’m not saying that attorneys should be cursing in open court and on the record, and obviously you don’t call your domestic partner names during an argument, but that’s not what this is about. (On the other hand, Google Balcony Man and Canada. It will make your day, probably.) It’s that if a man tries to assemble a piece of furniture and the whole thing comes apart, he can yell dammit! If we women do that, someone offers us an antidepressant.

As an aside, the argument is often made that swearing is a sign of a limited vocabulary or low intelligence. This turns out not to be true, according to Scientific American.

The more taboo words participants could generate, the more verbally fluent they were in general.

This finding can serve as a nice empirical middle-finger from vulgarians everywhere, directed at those who had, until now, been unfairly judging them for their linguistic abilities. Swearing, it seems, can be creative, smart, and even downright lyrical.

So clearly strong language is an important part of discourse in the right time, the right place, and the right manner. But the rules should be the same for men and women. The way we use language is a reflection of culture. So are oppressive discursive restrictions on women, and they are of a piece with other similar forms of misogyny (don’t say no, don’t be rude). To the people who are fine with men’s swearing but tell women to be more ladylike? To hell with you. Let us speak our minds.

[7] Tod Perry, “Research Shows That People Who Use Profanity Are More Honest Than Those Who Don’t.” The Daily Good, January 16, 2017.

← Previous: The Singular They: A Prescriptivist's Dream