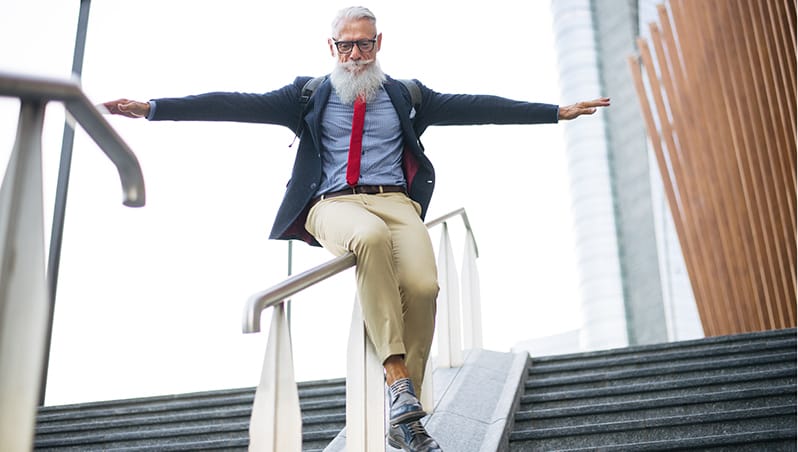 Have you gotten some negative feedback about your characterization? Even the most minor character who is behaving, thinking, or speaking at a level that is inconsistent with their age, education, occupation, and level of experience will hurt your story and cost you readers. Maybe you aren’t happy with a particular character yourself, but you can’t put your finger on why. So let’s discuss what could be going on.

Maybe your character is a child. Even for authors who are parents, child characters are deceptively difficult to write. Perhaps many of your readers (or your own suspicions) have told you that the children in your book aren’t believable characters.

Children aren’t just short adults who use baby talk or slang. Neurotypical children develop cognitively, emotionally, and physically in a predictable order at predictable times, give or take. Before a child reaches a developmental stage, they do not send a memo, which is why it’s always best to assume that your child comes out of the uterus knowing how to roll over, so as to save yourself a heart attack at the diaper changing table. But, as a rule, there is a typical age range for developmental milestones and if your child character doesn’t develop within that range, the reader will need an explanation or your character will not be believable.

I’m going to give a very short list here of things that neurotypical children don’t know how to do just because they can talk:

Notice that there is nothing in this list about sensory processing, balance and coordination, hand dominance, or attention span. That doesn’t mean they’re not important. They are, but a thorough exploration of child development is beyond the scope of this entire blog. No matter, if you get these other elements wrong, too, your readers will notice. Your reader might not believe that the child is a credible character, even though they can’t exactly say why—for the same reason that you can’t describe a dollar with perfect accuracy, but you’d still know there was a problem if someone handed you a bill with George Washington facing left or wearing a bow tie.

If you have received negative feedback about your ability to write credible child characters, it would be worth your while to get your hands on books from the Gesell Institute of Human Development. These are like character sketches in their own right. Despite the fact that some of these books were written in the 1960s or 1970s, they still have valid, important information because the human animal is still the human animal. The series is excellent at describing what kind of thinking, behavior, and verbal expression is developmentally appropriate at specific ages for neurotypical children. If you want your nine-year-old character to act like a nine-year-old and not a short twentysomething, their book Your Nine-Year-Old is a good place to start. The series is primarily authored by a psychologist named Louise Bates Ames, who died in 1996 at the age of 88. Some or all of the books are out of print, which means you may have to order a used copy.

Some exceptions: You will have to go elsewhere for information about sexual development and sexuality, because children are entering puberty sooner and have access to content that would make Dr. Ames’s hair stand on end; about bullying; LGBTQ+ issues; consent; drug use; divorce; and, naturally, anything having to do with the internet. But if you want to know about identity formation, cognitive development, sentence length, coordination, and similar, you can’t miss with the Gesell Institute books.

If you don’t live with a child currently, consider going someplace where kids congregate and turn into a metaphorical fly on the wall. Pay attention how children talk to each other and how they talk to the adults. Where? Go to a community pool, a local restaurant, a library. Go to a tot lot or a local park. Go to a mall or a movie theater. Many older teenagers have their own YouTube channels, where they film themselves talking about a multitude of topics. Bring a book and look unobtrusive, don’t frighten anyone, don’t trespass, and don’t stare. But do listen.

If you are writing a YA book, you should be aware of how tweens and teens talk and think. They don’t talk and think like adults who use slang. And speaking of slang, whatever you do, be careful with slang. Sometimes, certain slang expressions join the language permanently and end up in the dictionary. Most don’t. Think of expressions like bee’s knees, groovy, skeez[1], on fleek, or … just go look at the Urban Dictionary, and you will see a ton of slang. Some of it is language we hope no child would ever use (for example, graphic descriptions of fetishistic sex), so make sure that you are using your personal computer at home. Meanwhile, if your teen uses expressions that will be the equivalent of a shag rug, your readers will respond accordingly.

Put teen slang words in your book and you will risk your book becoming dated.

These characterization issues are difficult to spot. Maybe you want to have a little brother or little sister be a bit precocious and bright. Vocabulary is one thing, concepts are another.

For example, you want to avoid statements that reflect a cognitive level inconsistent with age. Your typical six-year-old shouldn’t say, “I’m ambivalent, Mom.” While there is current research to show that children are capable of ambivalence at a younger age than we thought, you probably want to be safe and avoid putting words like “ambivalent”[2] in the mouths of six-year-olds, no matter how bright.

In terms of portraying children, Stephen King did a great job in Pet Sematary (the book, haven’t seen the movie), and Connie Willis did a good job with Agnes and Rosemund in The Doomsday Book. Leo Tolstoy’s portrayal of Serezha in Anna Karenina is brilliant. One of the worst for this? William R. Forstchen’s dreadful book One Second After.[3]

I have used the words neurotypical and typical throughout this post. What I mean by this is that the character is not a prodigy or a superhero a la the X-Men and does not have a developmental disability or traumatic brain injury. Even a child prodigy will not necessarily develop theory of mind at the age of six months. If you are not a parent, family member, caregiver, developmental pediatrician, speech therapist, teacher, etc., of a child who has autism, Down syndrome, cancer, or is profoundly gifted, please do your research before you start writing. We will talk about how to write such children in a later blog post.

Go forth and write.

_____________________
[1] Many people of a certain age who grew up in Reston, Virginia, will remember a show on cable Channel 8 called Skeez, for children aged 8-12. The show was named after the slang term. If someone tried to overturn another child’s lunch tray and the tray ended up dumping the contents on the dump-er’s shirt, you might shout, “Awww, skeez!”

[2] By ambivalent, I mean holding two mutually inconsistent emotional states at the same time. So, “I like going to see my friend Jeff, but we just got a new puppy and I want to play with her,” or, in the case of an adult, “I would love to go to the party, but I’m really exhausted. There are people there I’d really like to see. But I’ve been working nonstop for weeks and I just want to crawl into my pajamas, pour myself a glass of wine, and read a book.”

[3] One Second After contains all-around wooden, flat characterization, though, and is an all-around horrible book. It’s so horrible, it’s a poster child for What Not to Do. I digress.

← Previous: What Does This Mean? Inside the Editorial Mind Next: How to Pick an Editor and Avoid Bad Reviews →